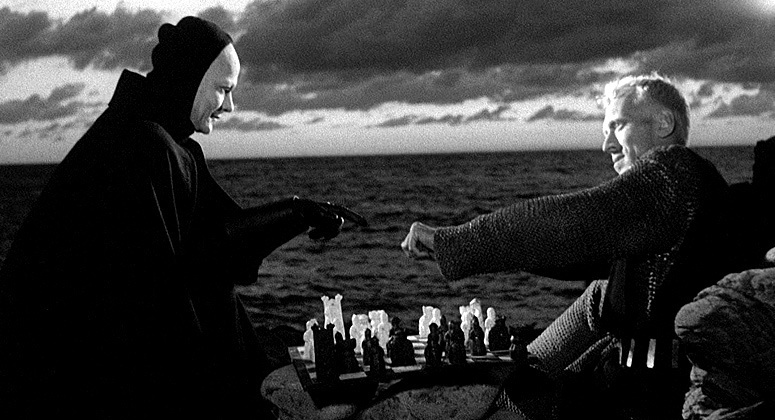 Startups are not a roller coaster, but a constant battle against death. (If that sounds like a roller coaster to you, I don't want nothing from whatever theme park you build.)
No matter how well you're doing, no matter how much money you have, you are constantly worried about death. Startup stall on growth? It's decaying. And decaying means dying. Growing but running out of funds and can't raise? Doom! Doom from lack of money, doom from lack of traction, doom from apathy! Death is always around the corner. As founders, all we do is stave off different types of death. As far as I can personally tell, this sense of ever-present doom doesn't seem to go away as things get more successful. In some ways, it gets worse. The bigger and more you grow, the scarier the prospect of death seems. So is death creeping into your startup? And what does that really mean anyway?


In your real life, it is really easy to know if you are dead or alive. Metaphysical ruminations aside, if you are dead, you most likely won't be waking up and doing stuff. In most cases, friends, family, and acquaintances will know you're dead. When you're dead, all sorts of things you were capable of doing are no longer possible. It's a full stop. But with your startup? How do you know when your startup is truly dead?

What if, heaven forbid, you are just pushing along a zombie startup?

Sometimes you can't put a finger on the exact reason you know your startup is dying (though lack of growth is a pretty good one in general), but you can always tell when things are taking a turn for the worse. And then, there's a moment when you wake up and feel like everything is totally 100% definitively fucked. You may recognize this moment as the instant you turn to your cofounder and say something like "we are so fucked. we are so totally fucked and dead."

Then you kinda lean back in your chair, breathe out real deeply, and everyone decides to go home to think on it.

And so you are faced with impending doom, and no matter how hard you try, you can't get the damn startup to grow. You feel like you've tried every thing possible.  No matter how sexy your graph is, how fancy your pitch, you can't close the damn funding. You can't seem to get a YC interview! Or even worse, you just got rejected after an interview! You sit up at night procrastinating, ignoring that gnawing sense of failure in your gut until about 2am when you decide it's time for your startup to die and you're going to write up that email... in the morning. You're going to do it, but you just can't do it right at that moment. But you decide that in the morning, you choose death.

But hang on a second. If, in fact, you don't raise money successfully (or get into YC), are you well and truly dead? Is your vision, your dent in the world (or whatever) snuffed out because some guy in a collared shirt won't write you a check? If you don't get that launch article, or don't get invited to that conference, has the dream died? Even at the worst, when everyone is laid off, and it's just you and your cofounders on the curb, are you dead? Death in Startupland should always be taken with a grain of salt and is often grossly overstated.
In the end the only way you die in startups truly and unequivocally is when you decide it's no longer worth carrying on. The moment when you say "enough, I can go no further" is the actual moment when your startup dies - it's when the founders choose death. Not when funding doesn't happen, not when customers leave, and certainly not when press and peers say so.
So you wake up in the morning, and you are ready to give in to startup death, but for some reason you just can't. You know everything is wrong and not working, but your dumb head just won't let you choose death. What if you rebuilt a core piece of the product that never got the love it deserved? What if you focused on revenue over user growth? What if you tried a slightly different market? What if you just kept trying?
At this most dire darkest moment, when doom feels certain, you're still restless and the impetus to build is still there. This is probably the most overlooked and liberating moment for a founder. In those worst moments, you realize that as long as you're willing to push forward, then things aren't actually dead. All the press, the funding problems, the whole silly stresses of startup land, and the pressures therein fade away because they were never important to staying alive in the first place. The only thing that matters is you and your cofounders' determination to stay alive. When you decide to stay alive, you realize the secret of beating startup death is very simple: You refuse to die.
Discuss on HN 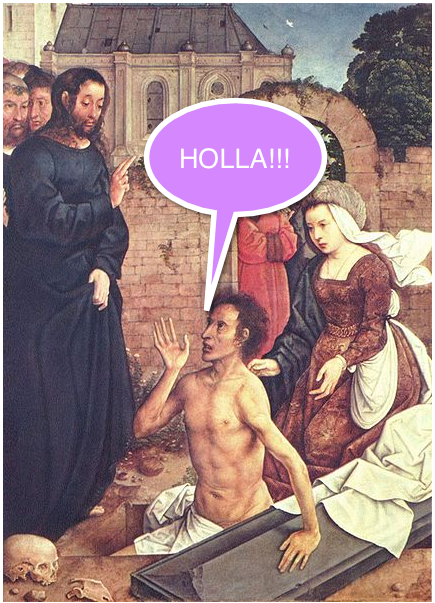 Raising of Lazarus by Juan de Flandes with a minor alteration from me.